Concrete Experts International has extensive, world-wide experience with alkali silica reactions (ASR) in concrete structures and with research regarding the nature and effects of ASR. Diagnosing ASR is an integrated part of our petrographic analysis of concrete. 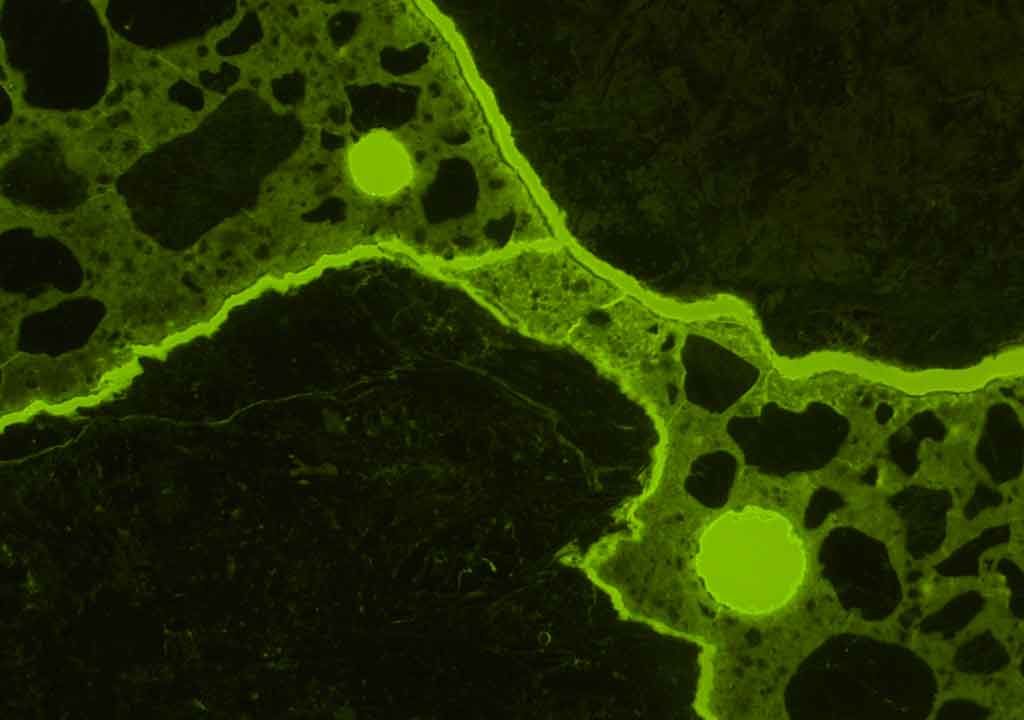 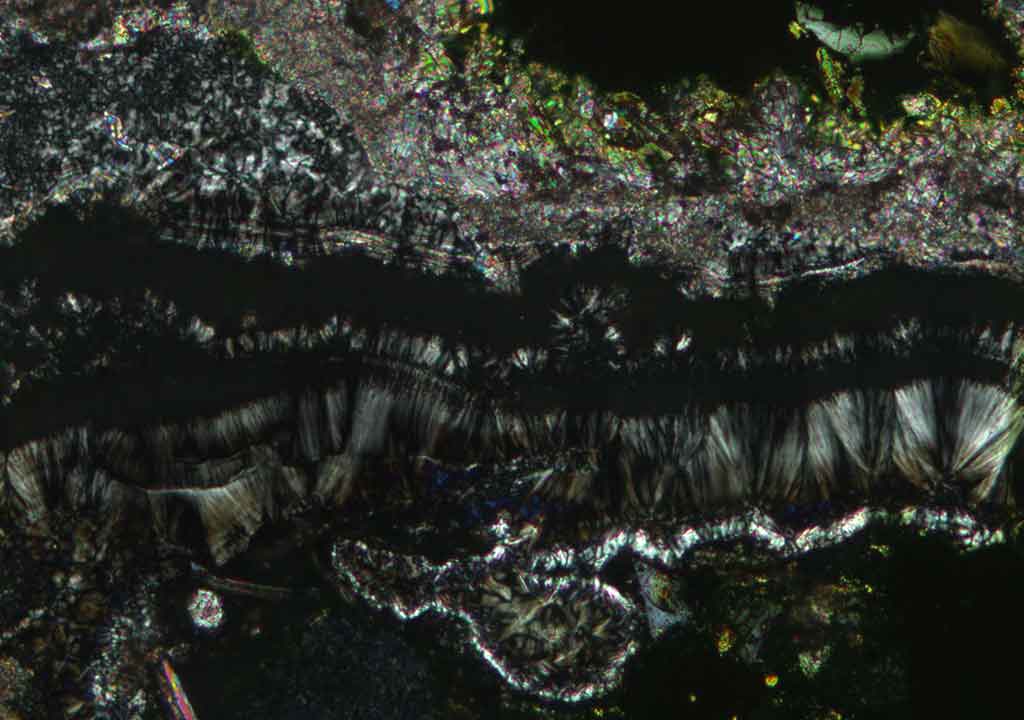 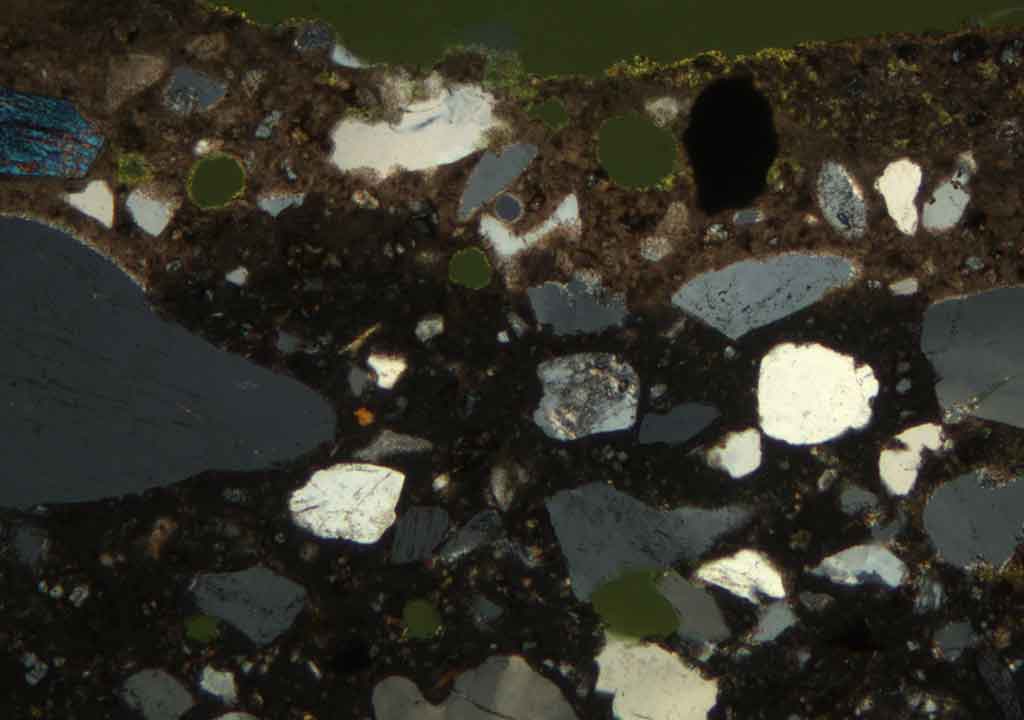 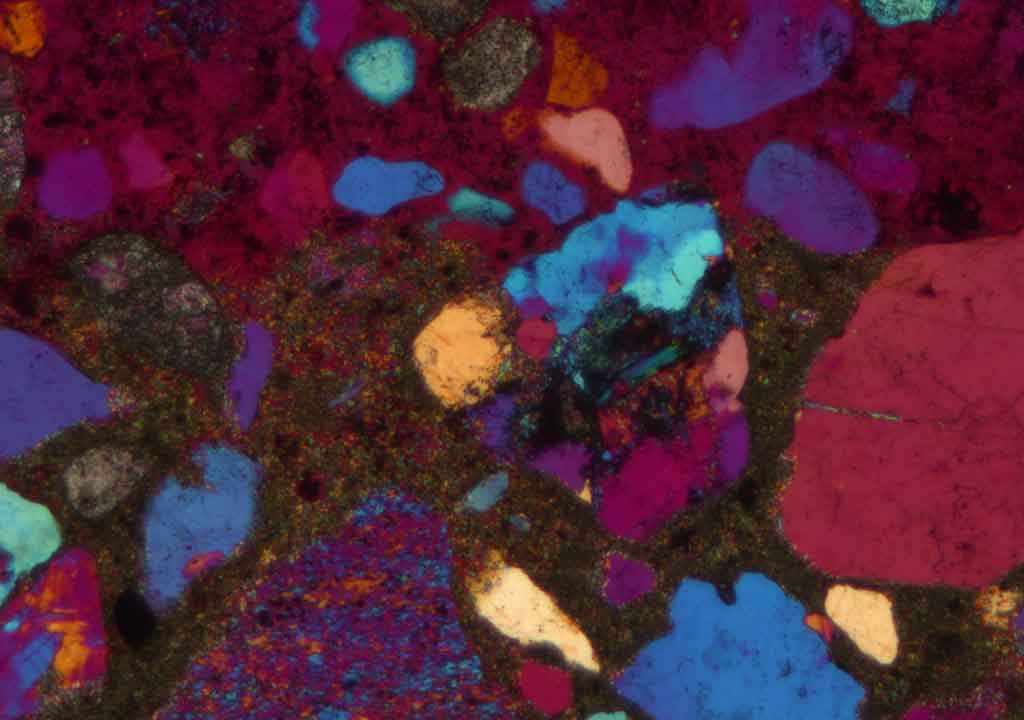 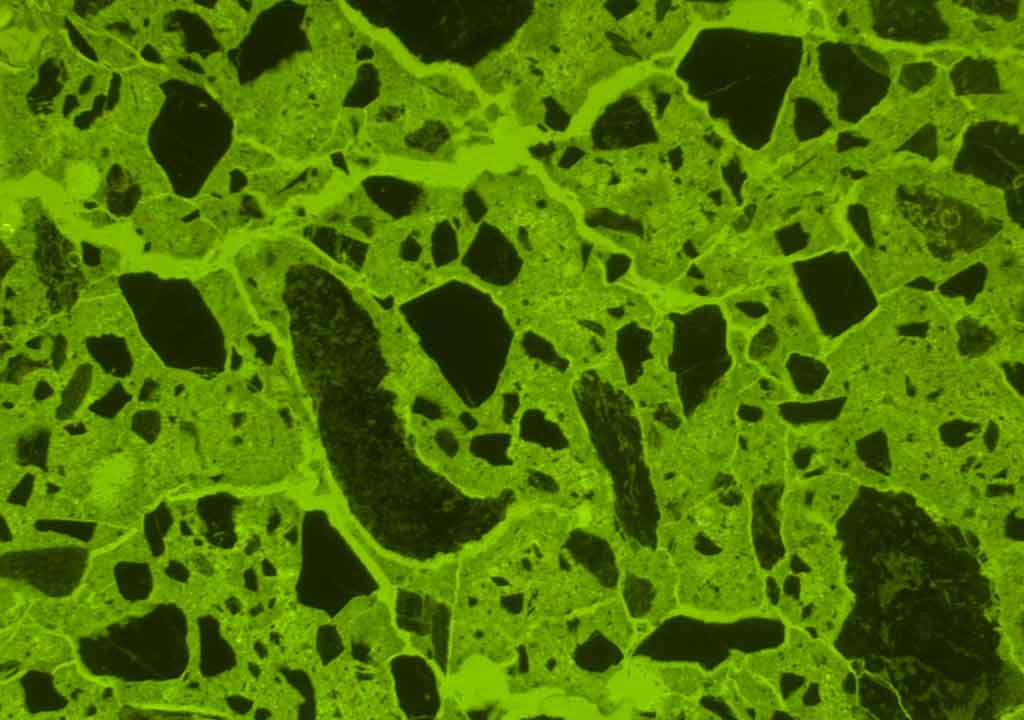 Concrete Experts International has extensive, world-wide experience with alkali silica reactions (ASR) in concrete structures and with research regarding the nature and effects of ASR. Diagnosing ASR is an integrated part of our petrographic analysis of concrete.

What is Alkali Silica Reaction?

Alkali silica reaction is a heterogeneous chemical reaction which takes place in aggregate particles between the alkaline pore solution of the cement paste and silica in the aggregate particles. Hydroxyl ions penetrate the surface regions of the aggregate and break the silicon-oxygen bonds. Positive sodium, potassium and calcium ions in the pore liquid follow the hydroxyl ions so that electro neutrality is maintained. Water is imbibed into the reaction sites and eventually alkali-calcium silica gel is formed.

The reaction products occupy more space than the original silica so the surface reaction sites are put under pressure. The surface pressure is balanced by tensile stresses in the center of the aggregate particle and in the ambient cement paste.

At a certain point in time the tensile stresses may exceed the tensile strength and brittle cracks propagate. The cracks radiate from the interior of the aggregate out into the surrounding paste.

The cracks are empty (not gel-filled) when formed. Small or large amounts of gel may subsequently exude into the cracks. Small particles may undergo complete reaction without cracking. Formation of the alkali silica gel does not cause expansion of the aggregate. Observation of gel in concrete is therefore no indication for that the aggregate or concrete will crack.

Please do not hesitate to contact CXI if you have some problems regarding ASR or any other deterioration mechanisms.

Generally DEF is seen as a form of internal sulfate attack.

External sulfate attack is a chemical breakdown mechanism where sulfate ions from an external source attack components of the cement paste.

Carbonation occurs in concrete because the calcium bearing phases present are attacked by carbon dioxide of the air and converted to calcium carbonate.

Concrete is susceptible to acid attack because of its alkaline nature.

Deterioration of concrete from freeze thaw actions may occur when the concrete is critically saturated, which is when approximately 91% of its pores are filled with water.

How to buy
We use cookies on our website to give you the most relevant experience by remembering your preferences and repeat visits. By clicking “Accept”, you consent to the use of ALL the cookies.
Cookie settingsACCEPT
Manage consent

This website uses cookies to improve your experience while you navigate through the website. Out of these, the cookies that are categorized as necessary are stored on your browser as they are essential for the working of basic functionalities of the website. We also use third-party cookies that help us analyze and understand how you use this website. These cookies will be stored in your browser only with your consent. You also have the option to opt-out of these cookies. But opting out of some of these cookies may affect your browsing experience.
Necessary Always Enabled
Necessary cookies are absolutely essential for the website to function properly. This category only includes cookies that ensures basic functionalities and security features of the website. These cookies do not store any personal information.
Non-necessary
Any cookies that may not be particularly necessary for the website to function and is used specifically to collect user personal data via analytics, ads, other embedded contents are termed as non-necessary cookies. It is mandatory to procure user consent prior to running these cookies on your website.
SAVE & ACCEPT