The RapidAir 457 equipment provides an automatic system for analyzing the air content in hardened concrete. The analysis time with the RapidAir 457 system is less than 10 minutes, which should be compared to the 4-6 hours normally required for manual analysis with conventional types of equipment.

The system can replace the manual test performed as described in the ASTM designation C457/C457M-16 procedure A, B and C “Standard Test Method for Microscopical Determination of Parameters of the Air-Void System in Hardened Concrete” or the test performed according to EN 480-11 “Determination of air void characteristics in hardened concrete”. All methods include specifications for grinding, and polishing a plane section of concrete, and for measuring the air void distribution with the use of a microscope according to the linear traverse method and modified point count.

The RapidAir 457 test equipment consists of an automatic analysis system comprising a computerized control unit (PC) with a flat panel monitor, a digital camera, a microscope objective mounted on a moving stage, and a user friendly analysis software operating in a MS-Windows environment. The RapidAir 457 system has a resolution better than 2 microns, a magnification of about 100x, and is delivered pre-configured, aligned, tested, and ready for Plug-and-play use. The interface is user friendly allowing the daily operations to be handled in an easy and logical fashion that minimizes the risk of analysis or reporting errors.

Following the traditional grinding and polishing steps of ASTM C 457, a contrast enhancing technique (described in EN 480-11) is used to obtain a plane section surface where the air voids appear bright white, and the remaining surface appears black. Such a surface contrast facilitates maximum precision, and identification of all air voids present in the concrete sample. The time needed to perform a contrast enhancement is approximately 5 minutes. Since all preparation defects are addressed during the preparation procedure, the advantage of the contrast enhancement is that it eliminates the need for a “split second” human judgment, which is typically encountered during the normal manual type analysis.

Following contrast enhancement, the plane section is mounted onto the moving stage that is positioned under the color digital camera. Choose either the ASTM or EN method and the analysis control unit now automatically moves the stage, and the air void distribution is determined from e.g. a typical ASTM scan of 1364 areas throughout the plane section (1364 areas provide a 2413 mm line of traverse as is required by ASTM C 457 for concrete with a 1″ maximum size aggregate).

The RapidAir software further allows the user to perform a semi-automatic point count according the ASTM procedure B.

After scanning the plane section, a report file (in MS-Excel format) is automatically saved. The operator can choose between compliant calculations according to ASTM C 457 and EN 480, between using SI and US units, and between letter size and A4 paper formats. In addition to the calculated air void parameters notably air content, specific surface area, and spacing factor, the report file also contains tabular as well as graphical presentations of the results of the air void analysis. The report file also contains a worksheet with the raw data in case the operator would like to perform additional user-specific calculations. At any time following the analysis, the report file can be printed or viewed from within the RapidAir user-friendly interface.

VIDEO: See the RapidAir 457 in action

Provided by one of our clients, gcp

In cooperation with Danish Technological Institute > we provide the following services 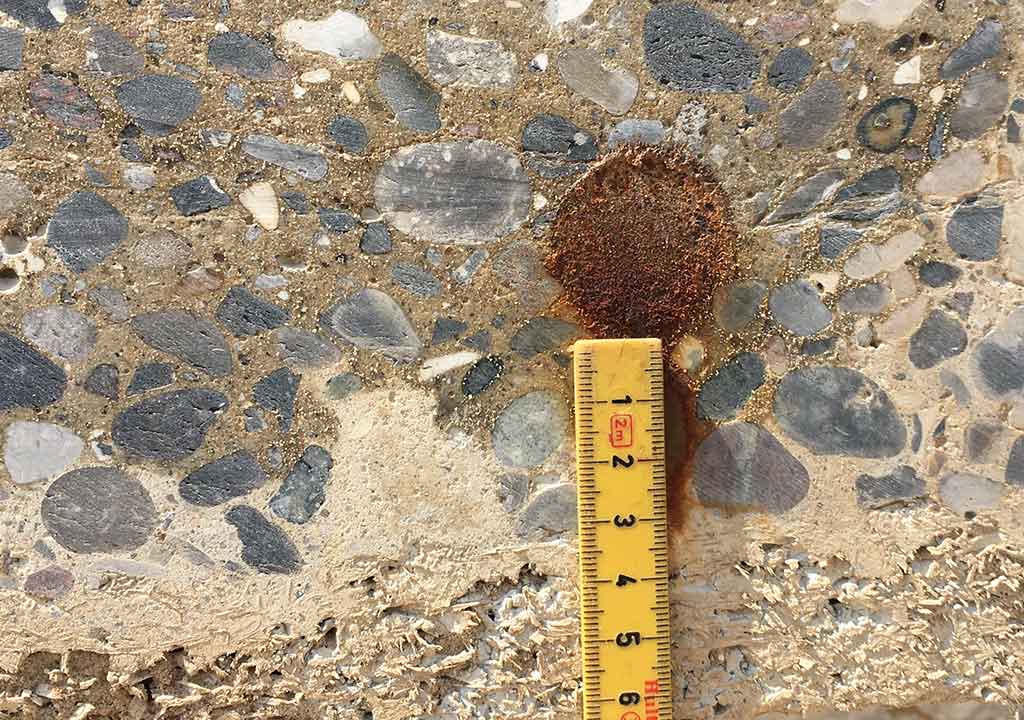 Petrographic services in the field of failure analysis of concrete and related materials as well as in materials characterization in general. 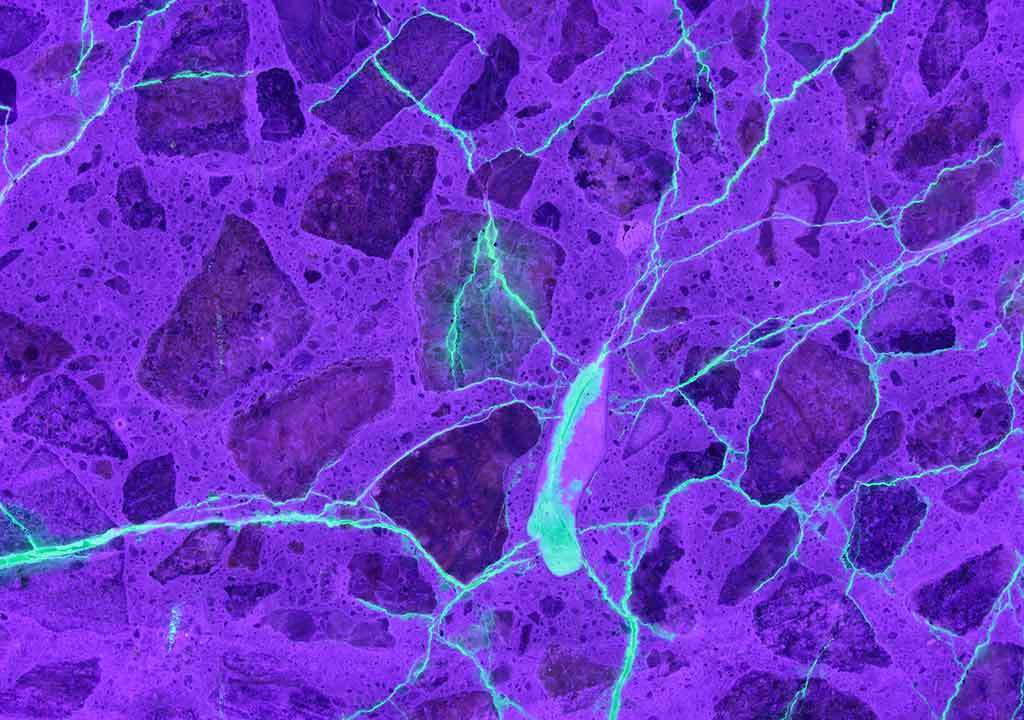 Optical microscopy of concrete and related materials such as aggregates for concrete, tiles, bricks and natural building stones. 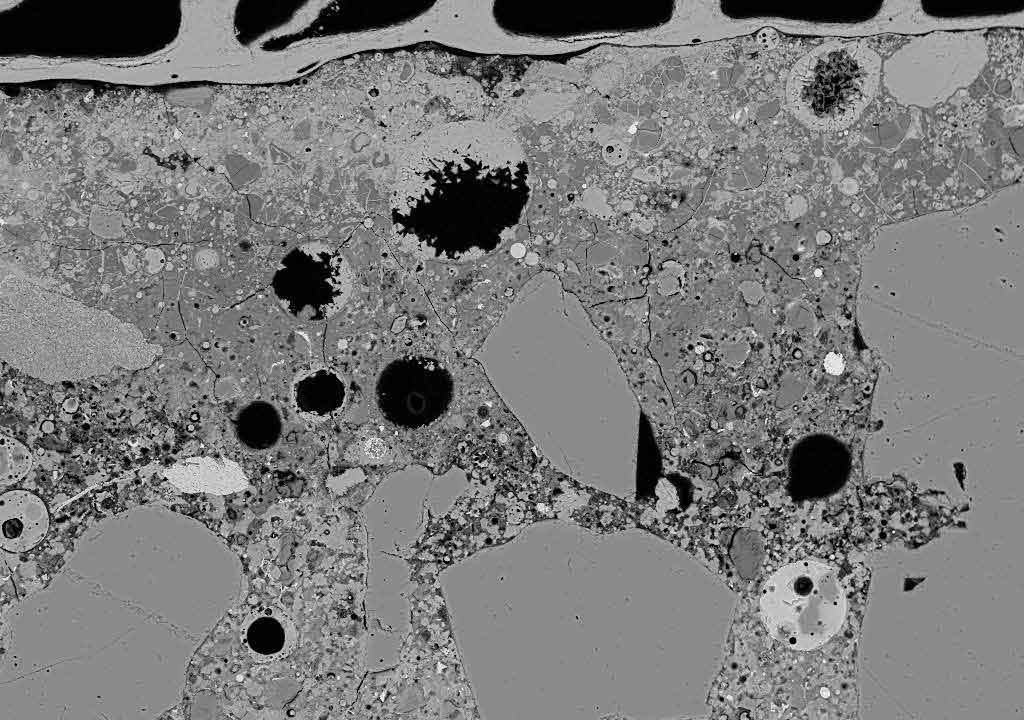 Scanning electron microscopy on concrete and related materials such as aggregates for concrete production, cement, metals and fibers. 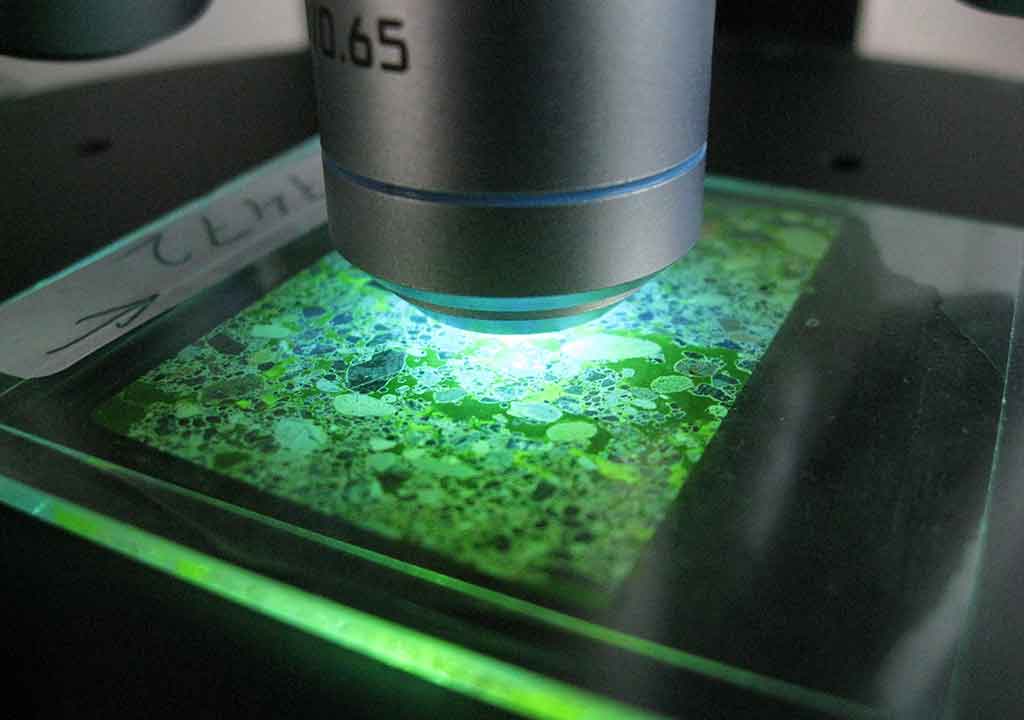 Pre-defined or tailor made courses to your needs either to be held at your own laboratory or in Copenhagen, Denmark.

“It is a pleasure to recommend you to make use of Concrete Experts International’s
services. Their knowledge and experience is outstanding regarding new technology
developments with cement and concrete and related materials as well as for expert
investigations of the durability and deterioration of field concrete. The special, combined scientific-engineering experience makes the company a welcomed, consulting newcomer.”

“…On my behalf, as well as on behalf of my client, I want to thank all of you for the tremendous effort which you put forth in the case. You all did an excellent job. The work you did in a limited time period was first rate. I was particularly impressed with the high quality reports which you prepared.”

“…Thanks for all your help in the case. Your experience, research and testimony were
very important and critical to the successful outcome. These cases are always complex, but by having the right experts, we greatly improved our defense.”

How to buy
We use cookies on our website to give you the most relevant experience by remembering your preferences and repeat visits. By clicking “Accept”, you consent to the use of ALL the cookies.
Cookie settingsACCEPT
Manage consent

This website uses cookies to improve your experience while you navigate through the website. Out of these, the cookies that are categorized as necessary are stored on your browser as they are essential for the working of basic functionalities of the website. We also use third-party cookies that help us analyze and understand how you use this website. These cookies will be stored in your browser only with your consent. You also have the option to opt-out of these cookies. But opting out of some of these cookies may affect your browsing experience.
Necessary Always Enabled
Necessary cookies are absolutely essential for the website to function properly. This category only includes cookies that ensures basic functionalities and security features of the website. These cookies do not store any personal information.
Non-necessary
Any cookies that may not be particularly necessary for the website to function and is used specifically to collect user personal data via analytics, ads, other embedded contents are termed as non-necessary cookies. It is mandatory to procure user consent prior to running these cookies on your website.
SAVE & ACCEPT